June 5, 2022 Posted by Alison Stancliffe No To Hassockfield No Comments 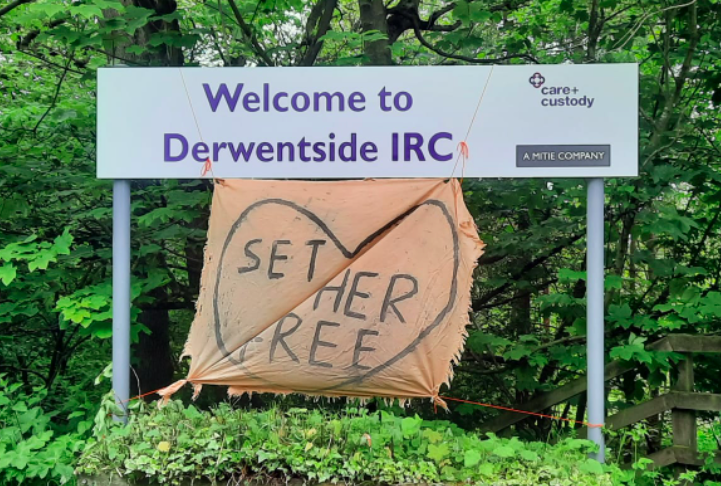 On Saturday 21st of May, campaigners gathered at Derwentside (Hassockfield) IRC for their monthly presence and peaceful protest against the opening of this immigration prison and the inhumane incarceration of women.  They laid signs of love, shared words of hope, played songs of solidarity, and shouted chants of freedom.

The campaigners, from three different groups: No To Hassockfield, Abolish Detention and Durham People’s Assembly first came together at the gates of Derwentside in June 2021, making Saturday 21st of May their 11th demonstration.  Rain or sunshine, campaigners have ventured to the site.  They were there in the week before Christmas and the week of new year. They assembled on International Women’s Day and Mother’s day to show solidarity with all the women, the mothers, the daughters, the sisters coercively detained.

This is what the group of campaigners say about their experience on 21st May:

We are welcomed monthly by unsurprising border controls: barriers, cones, private property signs and rotating staff members ensuring our compliance. We are greeted by hello’s and small talk.  They know when we will be there and they plan for our arrival.

On Saturday 21st of May, at the 11th monthly demonstration, and during the usual attendance hours of 12-2pm when staff knew campaigners would be in attendance, a Mitie ‘care and custody’ van holding and transporting a woman against her will arrived at the gates of Derwentside Immigration Prison. 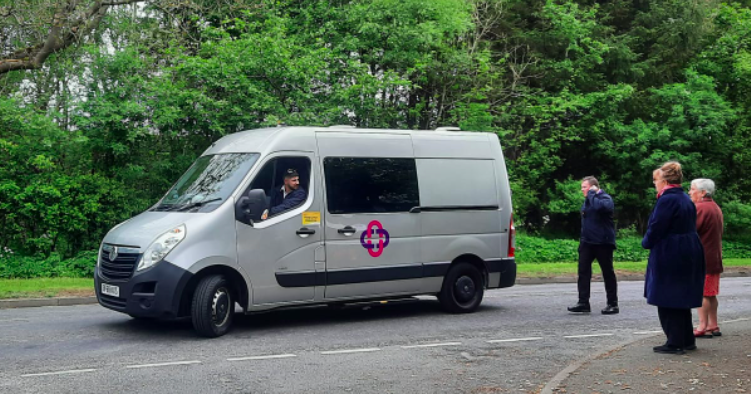 Despite the unexpected arrival of the vehicle, campaigners stood strong, blocking the road and shouting out, in the hope that the woman inside the van could hear and understand their chants of love and support, calling for her release and freedom: Set her free. SET HER FREE.

We are perplexed as to whether this transfer was an intended, strategic and provocative action, purposefully cruel to provoke emotion, or simply implausible bad-planning and the result of disarrayed lack of communication among and between The Home Office, Mitie, and their network of shameful institutions of trauma and suffering. 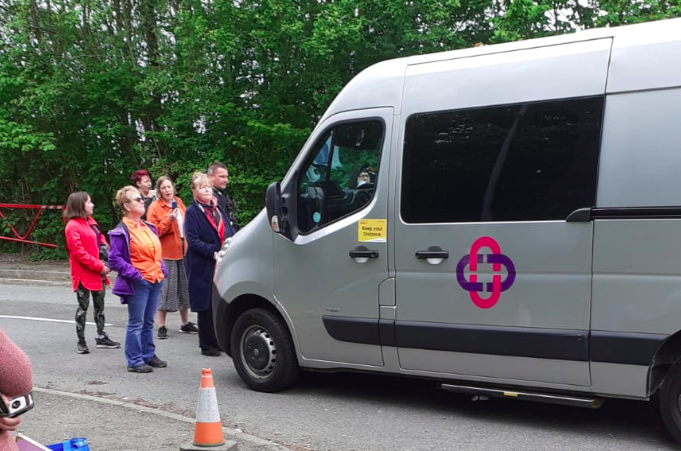 Regardless of the speculated incentive or idiocy behind this transfer, what we do know is that the woman held inside the van was withheld from basic services because of the actions of Mitie and The Home Office. Denied access to toilet facilities, food and water, and a chance to contact friends, family and legal representation for a period longer than it needed to be. An already painful and traumatic experience made worse by Mitie and The Home Office. Not worsened by campaigners blocking of the road, but because Mitie and The Home Office caused this to happen, forcing us to intervene.

Unlike the usual friendly manner of Derwentside staff members, campaigners faced aggression from Mitie staff, and physical contact from members of Durham police.  Mitie and The Home Office made a conscious decision regarding the date and time of transfer. They chose to bring a woman to the site whilst they knew we would be there.  We have been there for the last 11 months, 12-2pm, 3rd Saturday of the month. MITIE could choose to move women any other time of the month, but they choose to do it when they knew we would be present. Deliberate and planned provocation.

We have also been reflecting on our own reactions on that day.  We will be speaking to women inside the centre and others with lived experience of immigration detention to ensure any future responses to similar actions from Mitie and the Home Office are shaped by the views and experiences of those detained.

Women for Refugee Women invite you to their Action Day

Dear friends, As you know, the government is planning to open a[...]

Members of the No To Hassockfield Campaign Group say that[...]